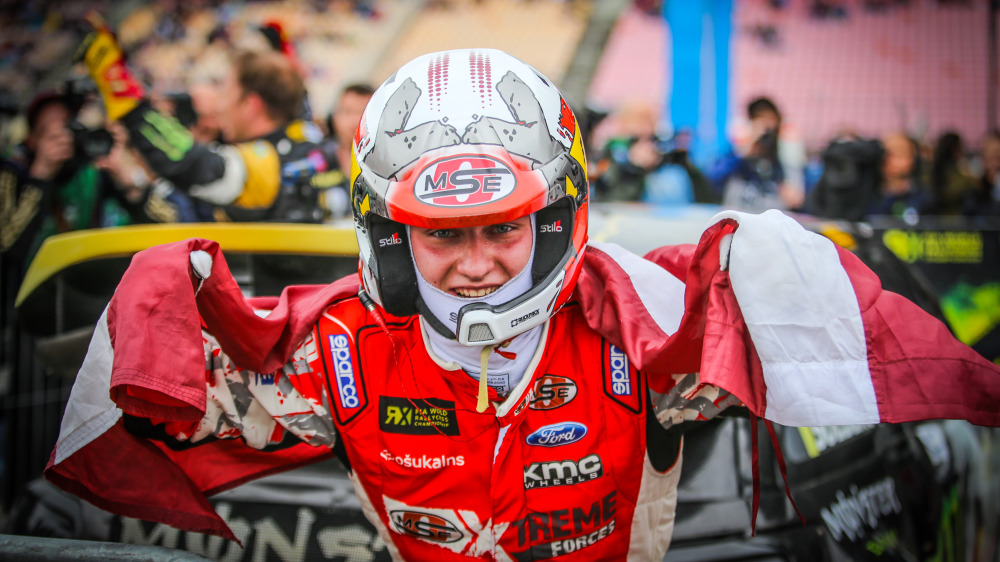 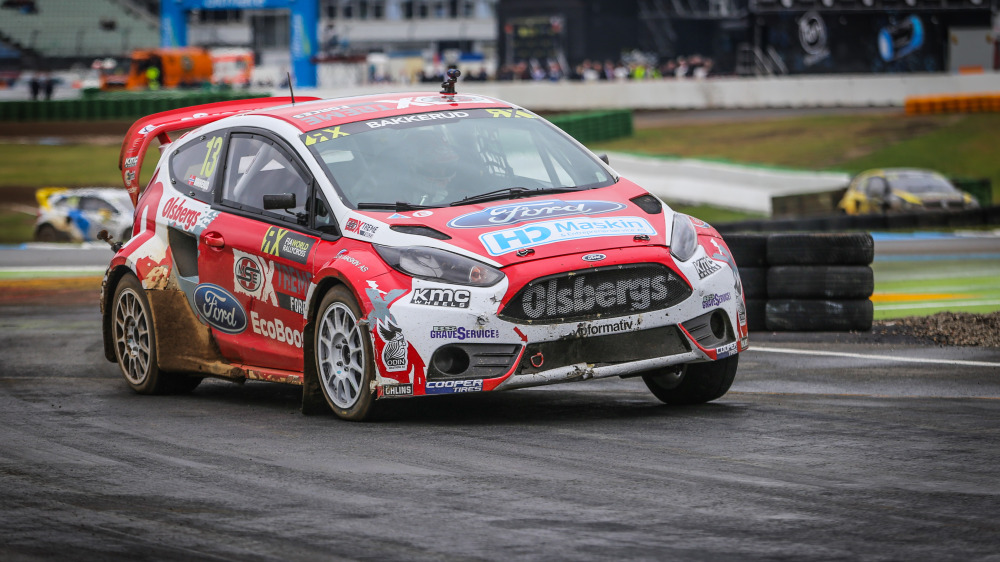 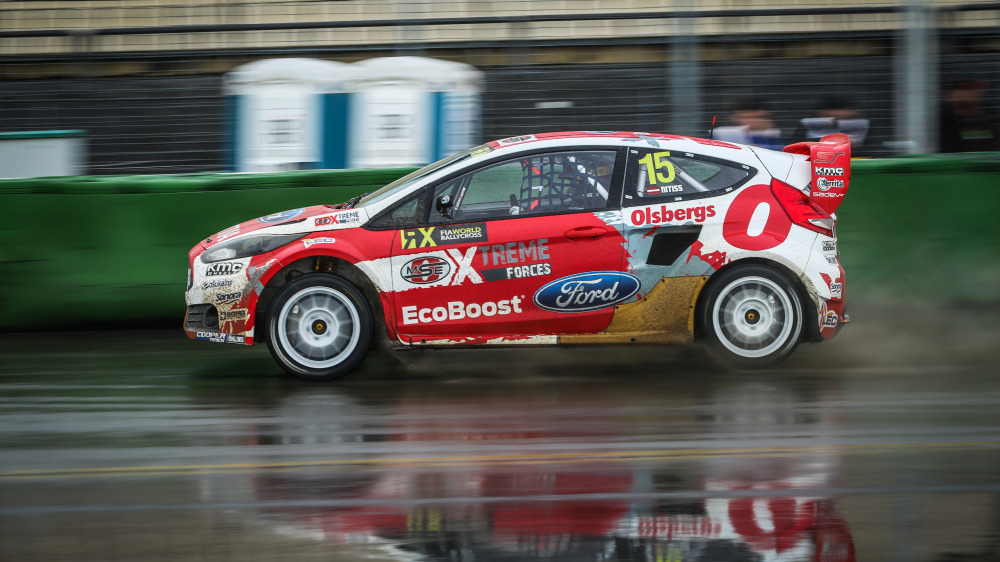 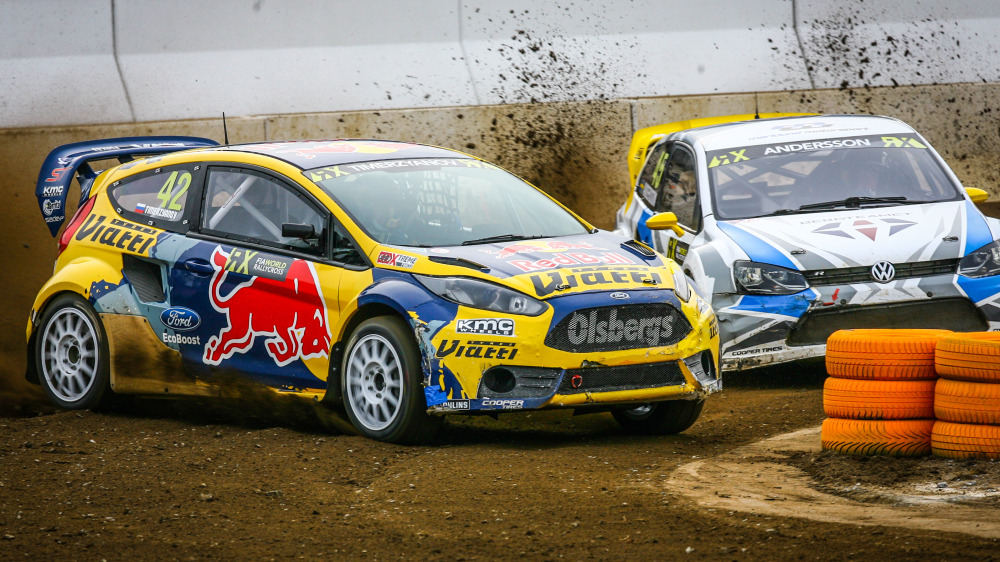 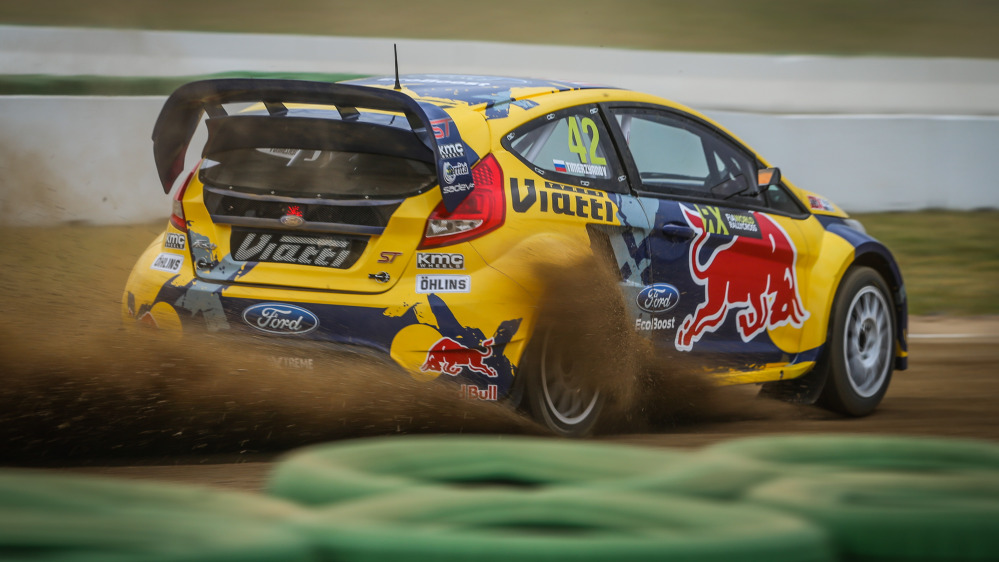 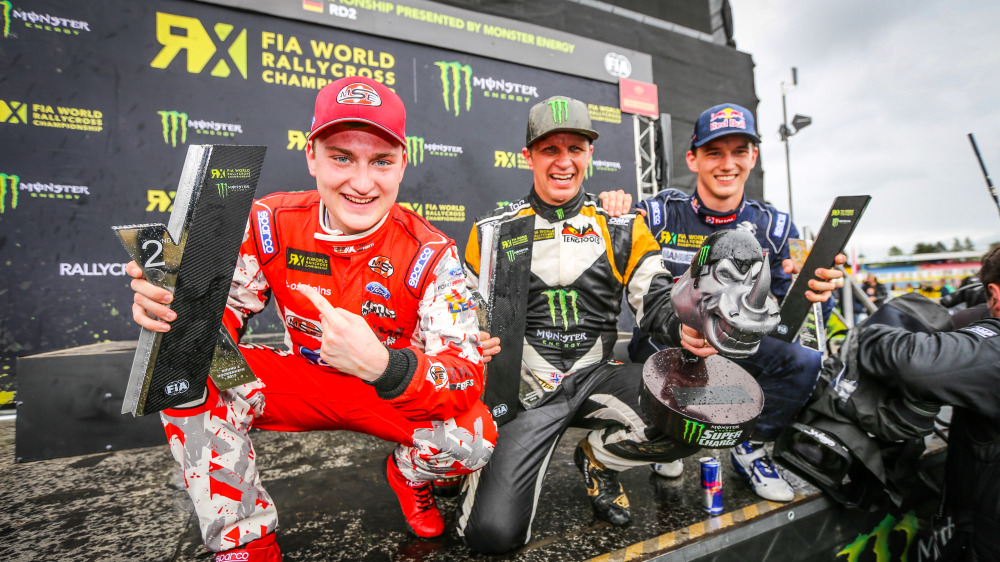 After a consistent performance through the opening heats, Nitiss lined up his OMSE Ford Fiesta ST on the front row for the main event, beside defending champion Petter Solberg. The teenaged driver gave chase from wire to wire and finished in second place. “Petter has been racing cars longer than I have been alive so he’s definitely got the edge when it comes to experience,” said the 19-year-old Nitiss. “But we are getting closer and closer. We are coming for him.”

His Olsbergs MSE teammate Andreas Bakkerud showed good speed but contact in the tight first corner during the Final saw him retire with suspension damage in the opening lap. “I felt like I was in the wrong place at the wrong time all weekend,” said Bakkerud, who also took damage during the third round of heats in an on-track tangle.

Bakkerud finished sixth and ends the weekend in a strong points position â€” he is tied for third after the opening two rounds of the 13-race season.

Russian driver Timur Timerzyanov, who is campaigning for the driver’s title in the Red Bull / Viatti Ford Fiesta ST, tagged a tire barrier in the third heat and rolled. The car landed on its wheels and, in a crowd-pleasing show of rallycross perseverance, Timerzyanov was able to restart and jump back into the fray.

“After the rollover, I put in one of the best laps of the race,” he said. “I didn’t care about my car or anything after that â€” it was full-attack driving and it felt great.”

The second-round of the 2015 World RX championship at the iconic F1 track was a late addition to the calendar and the first time for rallycross at the venue. The series ran in support of this weekend’s DTM event at the famous Sachs Arena.

Team drivers credited OMSE boss Andreas Eriksson for getting them up to speed quickly by nailing the OMSE Ford Fiesta ST setup for the new, purpose-built track. Eriksson said adaptability is one of the team’s strengths.

“In the United States we race on temporary tracks all the time so we’re used to making fast adjustments,” said Eriksson, whose Olsbergs MSE team has won four-straight titles in the Global Rallycross Championship in addition to taking the World RX teams’ title in 2015. “Our global experience makes us strong in any environment.”

After a pair of back-to-back events, World RX takes a short break before heading to Mettet in Belgium May 23-24 for the third round in the championship. The World RX of Belgium is expected to see a stacked entry of 39 Supercars.

Olsbergs MSE designs, builds and operates winning competition cars for motorsport. It is recognized as the global authority in the growing sport of rallycross.

OMSE is a Ford Racing technical partner, developing the Ford Fiesta platform for international competition. Together, Ford and OMSE have earned an astonishing 20 X Games medals, including podium sweeps at the world’s leading action sports contest (Los Angeles, 2011; Brazil 2013). The team has also scored every rallycross championship in the United States since the sport debuted in that country in 2010, and won the 2014 FIA World Rallycross Teams Championship.

Founded in 2009, the organization represents a partnership between historic Swedish industrial company Olsbergs and rallycross specialists Motor Sport Evolution. In 2013, the company expanded its operations into the United States and now has dual headquarters with operations in both Sweden and the United States.

The FIA World Rallycross Championship combines all the best aspects of motor racing in one. It’s fast, competitive and spectacular. It’s bold, authentic and relatable. Within it are all the elements of four-wheel racing that you love. The 2015 championship is made up of 13 rounds: Portugal, Germany (Hockenheim), Belgium, Great Britain, Germany (Estering), Sweden, Canada, Norway, France, Spain, Turkey, Italy, Argentina.

These products can expose you to chemicals including chromium, nickel and lead which are known by the State of California to cause cancer, or birth defects, or other reproductive harm. For more information please visit: www.P65Warnings.ca.gov
To give you the best possible experience, this site uses cookies. For information about cookies and how you can disable them view our Cookie Privacy Policy.OK