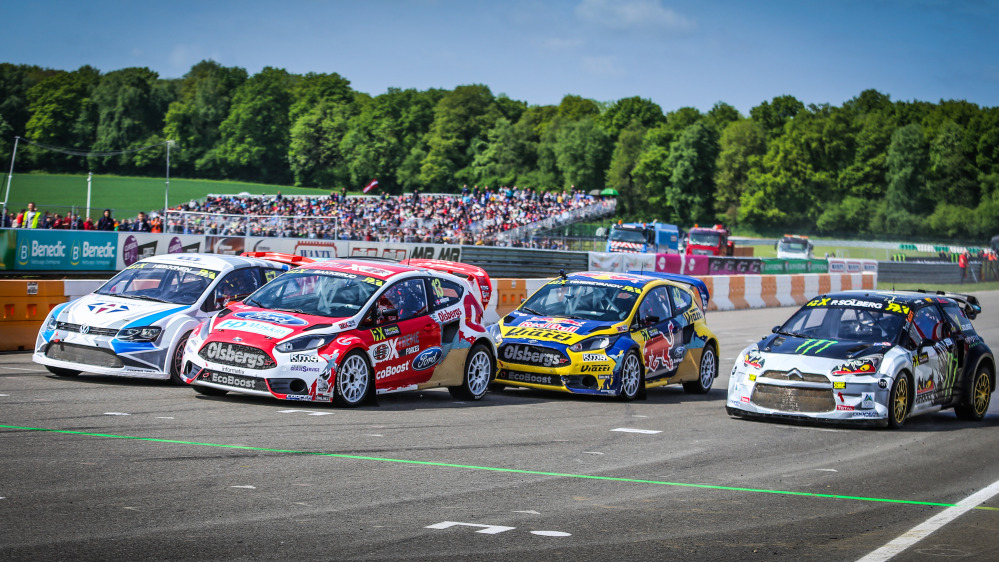 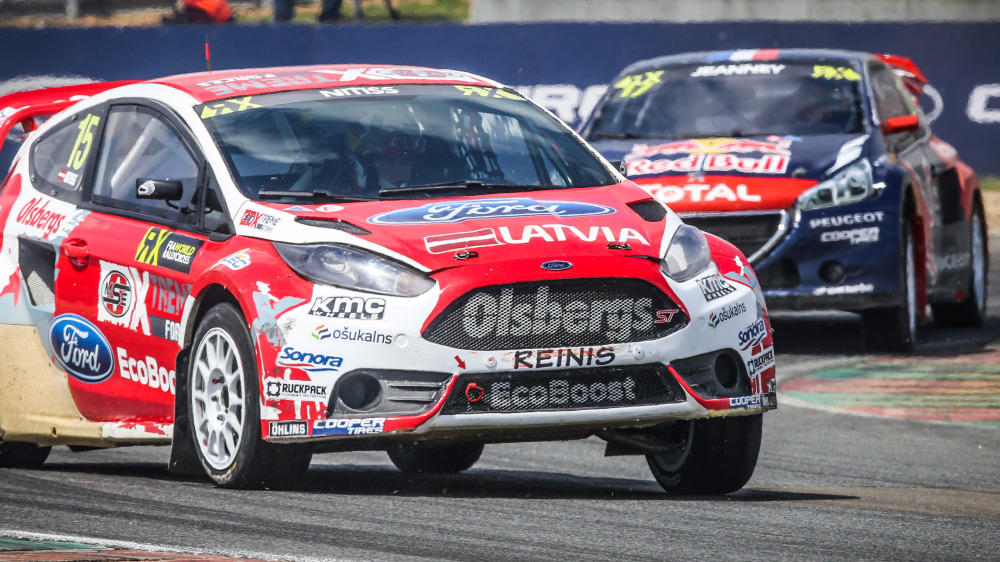 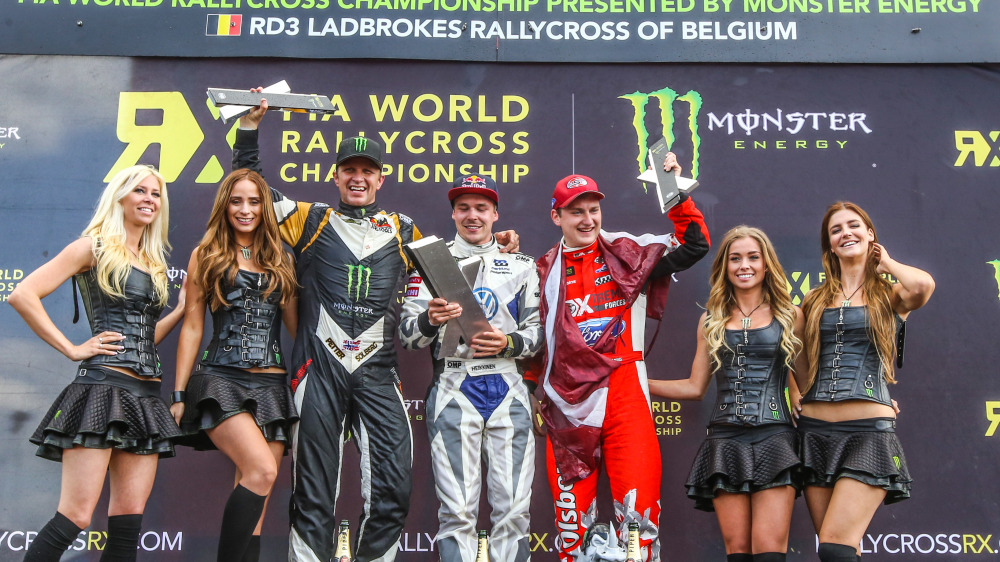 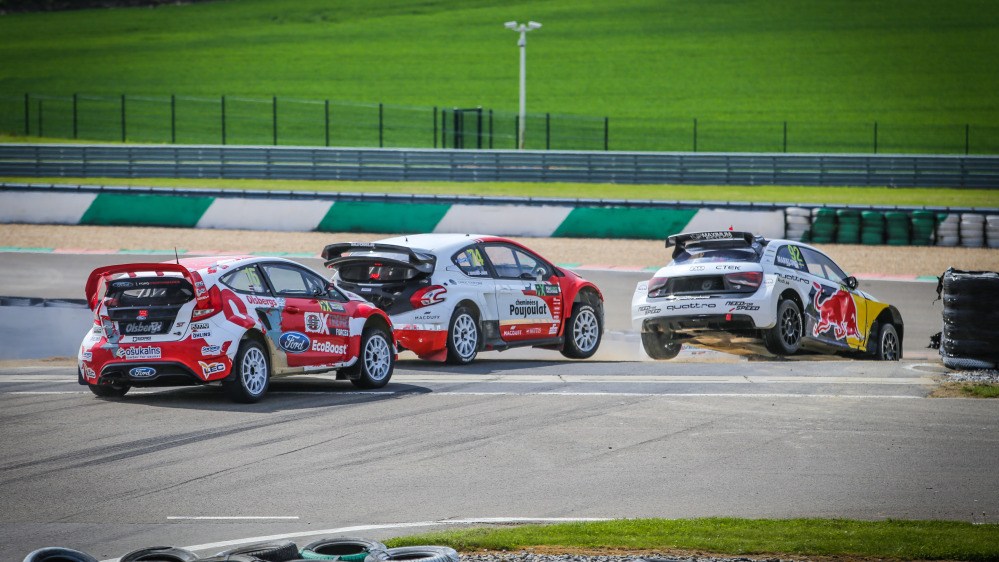 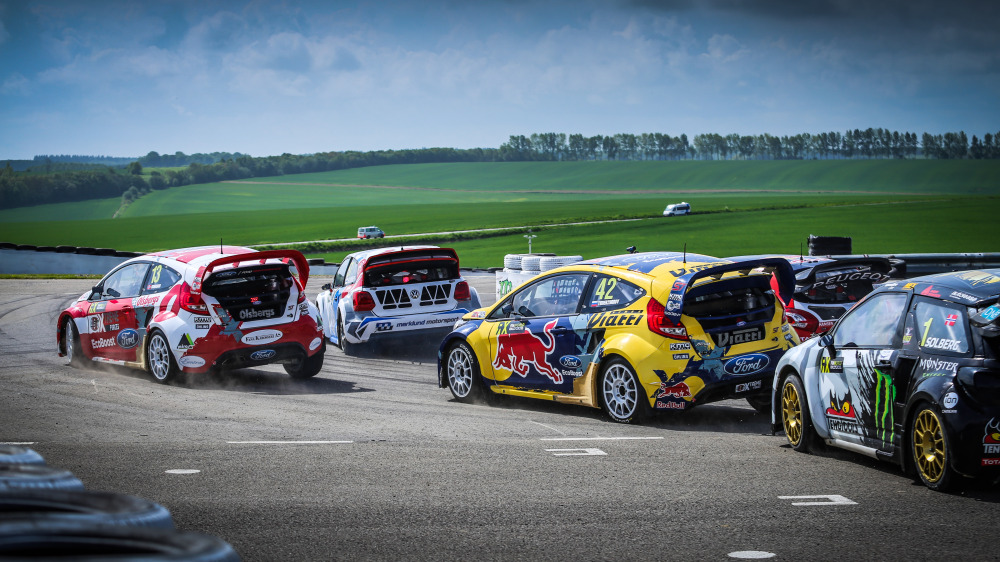 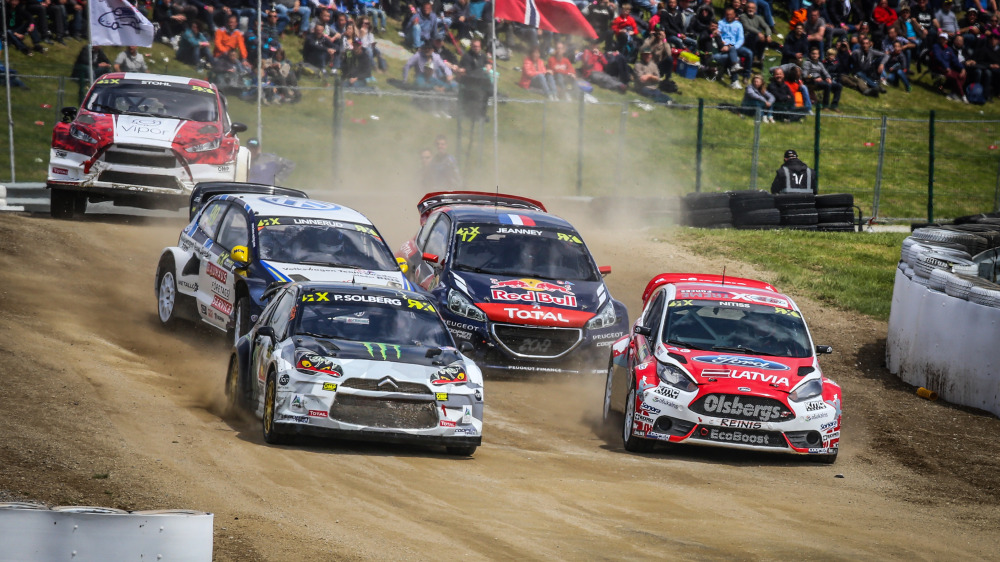 METTET, Belgium (May 17, 2015) – Olsbergs MSE Ford driver Reinis Nitiss returned to the podium on Sunday in front of a packed house at this weekend’s FIA World Rallycross Championship round in Belgium.

A frustrating start in the Final turned to Nitiss’ benefit as he was able to keep his Olsbergs MSE Ford Fiesta ST clear of trouble through a bottleneck in the first turn. He chased through the pack to cross the line in third.

“It feels good to be back on the podium again,” said Nitiss. “With the Olsbergs MSE team, I feel like I have the best people around me and they help me a lot.”

It is his second-straight podium of the 2015 season. He finished in second place at the World RX of Hockenheim earlier this month. But this weekend’s result came after a frustrating start for the young driver. He had a best finish of ninth in the four opening heats, and he edged into the Semifinals with an eleventh-place score in the Intermediate points. Only the Top 12 advance.

“The car was perfect and everything worked perfectly, but I felt like my driving wasn’t where it needed to be,” said the 19-year-old Nitiss, who is campaigning only his second full season of Supercars competition with the Olsbergs MSE Ford team. “I’m happy for the result, but I’m not as happy with my driving.”

Teammate Bakkerud, meanwhile, achieved good times in the opening heats and shot off the start in the Final — straight into a first-corner tangle. A knock to the front-left corner of his car resulted in a tire that began to lose air and, by the second lap, it was flat. Bakkerud crossed the finish line on the rim to score a fifth-place result.

Even so, he ends the weekend in a strong points position in this year’s FIA World Rallycross Championship. He is now just one point behind third-place rival Toomas Heikkinen after the opening three rounds of the 13-race season. Nitiss is sixth in the points.

“It’s my third time in the final in a row and I feel I did a really good job but the result just isn’t there and I’m disappointed,” said Bakkerud, who is one of just two drivers to have achieved the final at all three opening rounds of competition this season. (The other is points leader Petter Solberg.) “We are quick, and it feels right and we have the speed, but we aren’t there yet. I’m hoping it will come at Lydden Hill. We’re ready.”

Bakkerud is one of the favorites heading into he World RX of Great Britain. He won there last year, and has scored two more career victories at the storied track in the Super 1600 class.

For his part, Russian driver Timur Timerzyanov, who is campaigning for the driver’s title in the Red Bull / Viatti Ford Fiesta ST, had a tough weekend that saw him barely miss the semifinal round. He was thirteenth in the Intermediate points.

Next, the championship moves to the UK for the World RX of Great Britain May 22-24. The event is held at the famed Lydden Hill Circuit, the track where the first-ever rallycross events were held back in the 1960s. The Olsbergs MSE team has achieved many wins and podiums at the track and is favoured for a top result.

Olsbergs MSE designs, builds and operates winning competition cars for motorsport. It is recognized as the global authority in the growing sport of rallycross.

OMSE is a Ford Racing technical partner, developing the Ford Fiesta platform for international competition. Together, Ford and OMSE have earned an astonishing 20 X Games medals, including podium sweeps at the world’s leading action sports contest (Los Angeles, 2011; Brazil 2013). The team has also won every rallycross championship in the United States since the sport debuted in that country in 2010, and won the 2014 FIA World Rallycross Teams Championship.

Founded in 2009, the organization represents a partnership between historic Swedish industrial company Olsbergs and rallycross specialists Motor Sport Evolution. In 2013, the company expanded its operations into the United States and now has dual headquarters with operations in both Sweden and the United States.

These products can expose you to chemicals including chromium, nickel and lead which are known by the State of California to cause cancer, or birth defects, or other reproductive harm. For more information please visit: www.P65Warnings.ca.gov
To give you the best possible experience, this site uses cookies. For information about cookies and how you can disable them view our Cookie Privacy Policy.OK